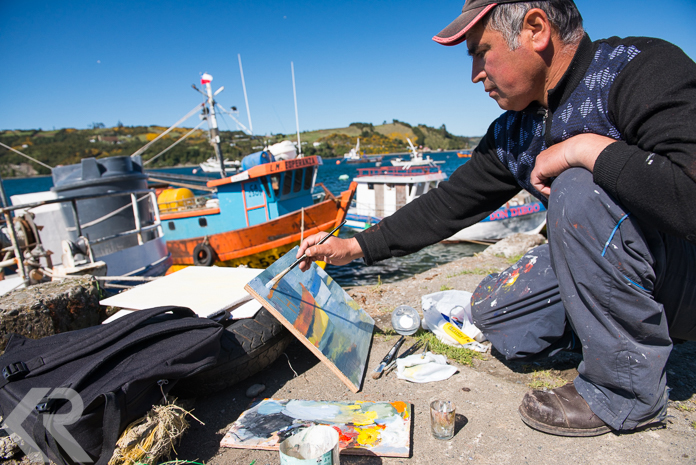 In my previous post I mentioned how I ask for permission when photographing people and in my first post I discussed lens selection. Today I’ll discuss how to work with the subject to put them at ease and make the best photographs possible.

Become a Fly on the Wall

Once you’ve received permission and are “in” don’t just stop after you’ve clicked a few photos! As long as your subject seems willing, hang around and keep taking pictures. Eventually people will get bored with you and you’ll become like a fly on the wall, able to observe and photograph people as they act naturally. 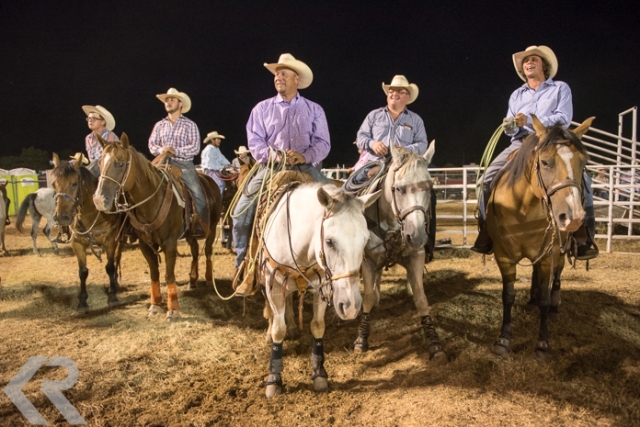 I had been hanging around behind the scenes at the Bastrop Rodeo for long enough that the cowboys had forgotten about me. And it didn’t hurt that all their attention shifted to some poor bull rider getting bucked when I took this picture.

To make a connection with the people I meet, I find it helpful to talk with them, whether that is before, after, or during taking photos. It is amazing what folks will share with me just because I’m willing to listen. I’m always grateful for having these windows into the other amazing lives being lived out in the world. Many times strangers not only turn into photographic subjects, but into friends. 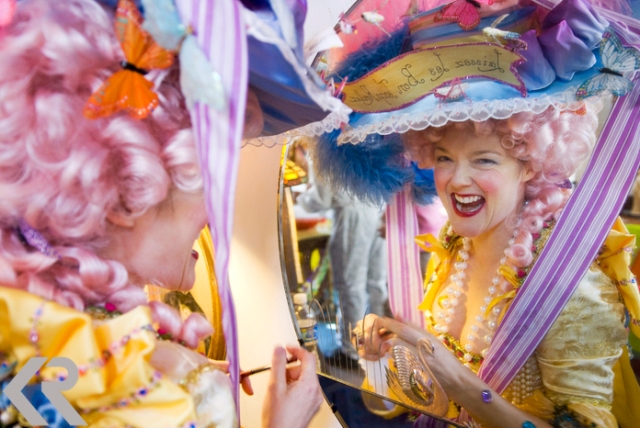 I shared a laugh with this woman at the start of the St Anne Parade on Mardi Gras Day many years ago and we’ve kept in touch ever since.

Tricks of the Trade 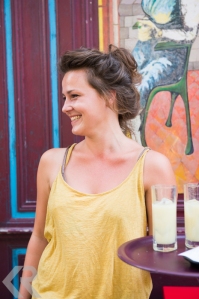 At le Bar des 13 Coins in Marseille, I took this shot of the waitress during a moment when she was talking with some customers.

If the above two tips haven’t gotten your subject to relax, try photographing your subject while they are talking to somebody else. Often this simple technique provides just enough distraction to make the subject less camera aware.

While taking photos a simple reassurance of, “What you are doing is great,” can help to keep people relaxed.

Know When to Fold ‘Em

Occasionally I’ll see someone, get their permission, start shooting and then realize that the person just can’t quite forget about the camera. Some people are never able to completely relax, so I move on.

Also, I never want to wear out my welcome as a photographer, so I pay attention to physical cues that tell me the person is ready to be done with their photo being taken. Wrap up your shooting before you are asked to.

In the next posts I will discuss model releases and paying for photographs, lens choice, and much more. If there is anything else you are curious to know about how I work when photographing people, please leave a comment below. 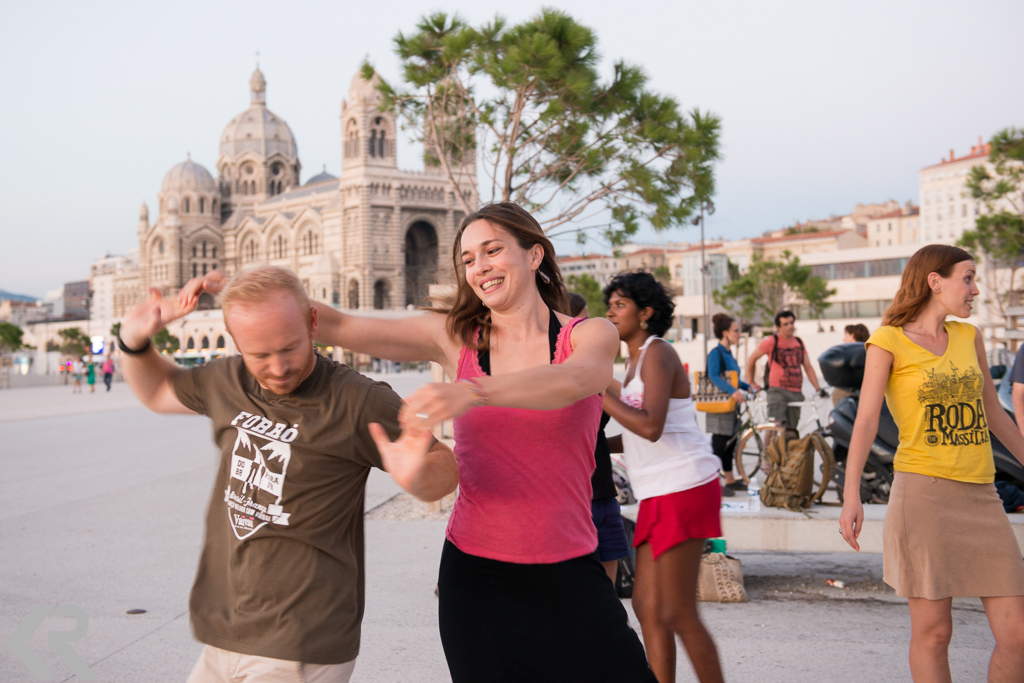 Photographing a stranger can instill terror in some photographers. Ten years ago I was one of those photographers. It took the simple act of watching a friend ask to take a stranger’s picture (and the stranger saying yes) that made me realize how easy it could be….I just needed to ask. Since that epiphany I’ve come to love taking photos of people.

In this post and the series to follow, I’ll be discussing the kind of people photography that I love to shoot. It is closer to street photography than it is to traditional portrait photography; a mix of the two that involves meeting strangers, making friends, and hopefully coming away with a good picture.

These posts are for photographers already comfortable at approaching strangers and especially for those of you who haven’t photographed people before but want to try. I know this kind of photography isn’t for everyone, but if it tickles your curiosity, I encourage you to try taking a photo of a stranger.

When I write about photographing people in these posts, unless mentioned, I’m exclusively referring to situations where I’m using a wide-angle lens and am close to my subject (from a few feet to sometimes even inches away). I’ve not only come to love the interaction gained by getting closer, but I like the way wide-angle images make the viewer actually feel like they are in the situation themselves. 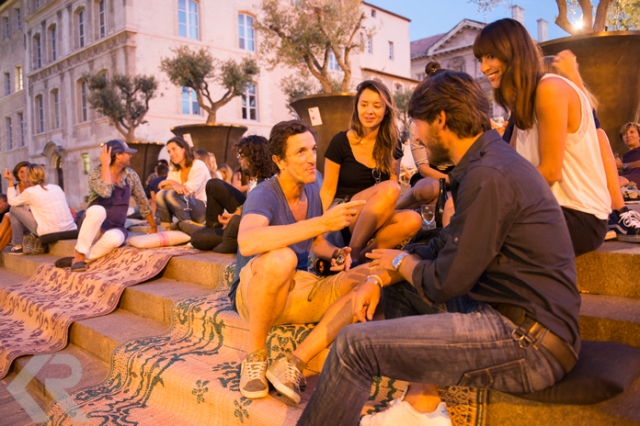 Don’t you feel like you can almost hear the conversation, the laughter, and the buzz? This photo takes you straight to a chill evening in Marseille, France. As a photographer I achieved that effect by actually being close to the subjects and using a wide-angle lens.

Telephoto lenses are great for getting the subject closer in the frame. They can make beautiful portraits that soften the background or can be used to isolate a subject in busy scenes. But when photographers are using a telephoto lens as a crutch because they are too afraid to actually get themselves closer to the subject, then I’m no longer a fan of these kinds of lenses. Please don’t think that the person across the street won’t notice a huge lens pointed in their direction! I’ll discuss more uses for long lenses in people photography in another post, but for now let’s pull out the wide-angle and get closer. 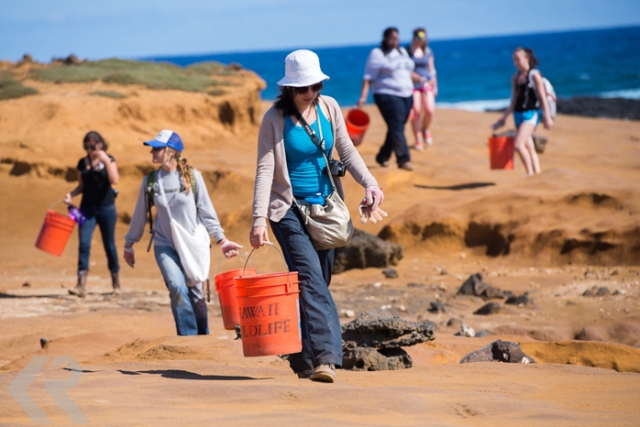 A telephoto lens is useful for compressing space and isolating an individual like in this image taken at 200mm in Hawaii during a beach clean-up during my voyage with Semester at Sea.

My philosophy with taking pictures of people is as simple as the golden rule, “Do unto others as you would have them do unto you.” I figure that if someone were taking a photo of me I’d at least like to know why. And to dovetail with the sentiment above, it is much easier for someone to react suspiciously and act uncomfortably when a long lens is aimed at them rather than by being close enough to say hello.

Assuming we have a shared language, I’ll tell people what interests me in taking their picture, whether that is the colors or clothes they are wearing, the light they are standing in, or the interesting thing they are doing. Also consider telling people what the photos are for. I often have the reason that I’m working on a travel story, but it can just as easily be to build my portfolio or work on my people photography. The key here is to be genuine. 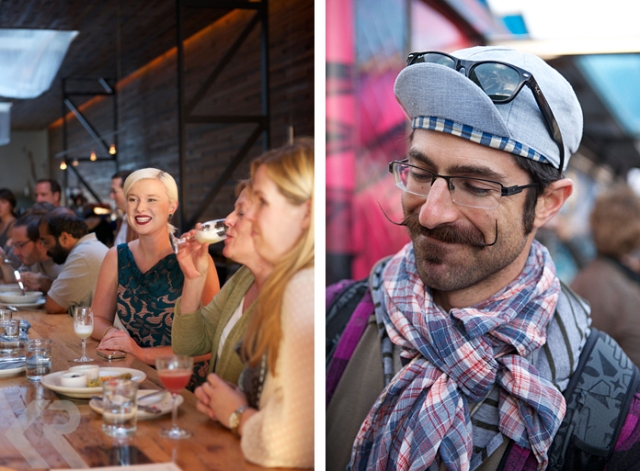 While on assignment in San Francisco, I knew I wanted to photograph both of these people the moment I saw them. Although the shot on the left is taken at 70mm from some distance, I had already spoken with the woman so she knew what I was doing. When this man on the right crossed my path at a food truck event at Fort Mason, I chased him down and told him how fabulous he looked with all of his colors and patterns. Then I took this portrait at 50mm on my 24-70mm lens.

In the coming posts I’ll cover how I approach people, putting your subject at ease, model releases and paying for photographs, lens choice, and much more. Please leave your own tips on photographing people in the comments below. 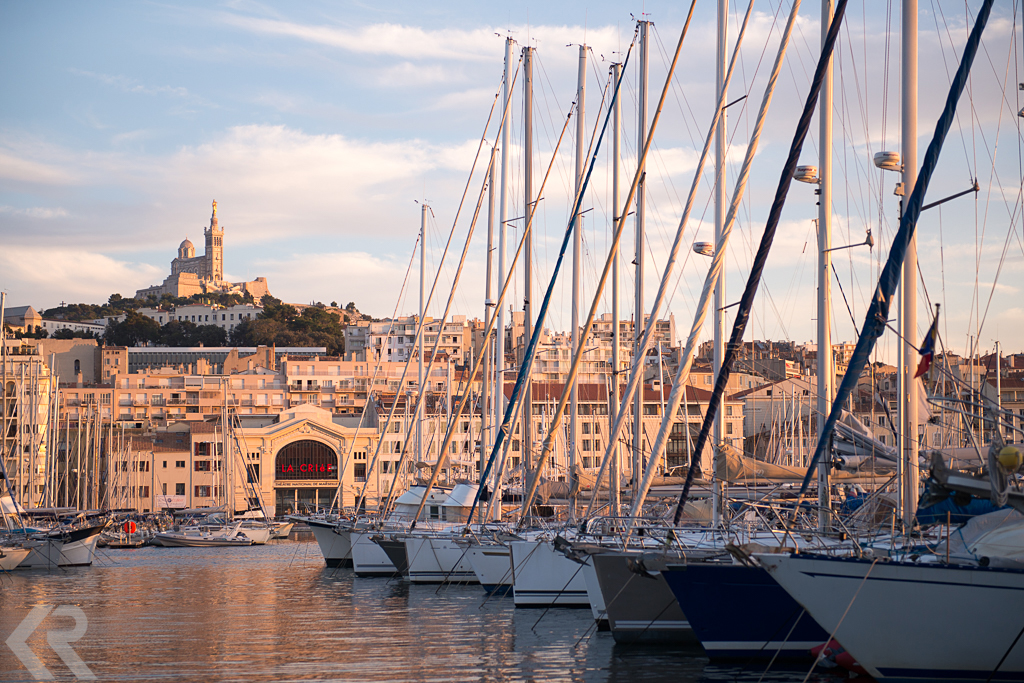 Last September I was on my way to visited my talented writer friend in the south of France and was lucky enough to receive two assignments for Virtuoso Life in Paris and Marseille.

In Paris I meandered through the old streets of the Marais neighborhood, photographing beautiful shops and meeting talented designers. In Marseille, I ensconced myself in the old neighborhood of the Panier. Even though I was in the middle of the second largest city in France, I felt transported to another world where old men still played pétanque by the port, laundry was strung out to dry, and every shop was cute as a button.

The stories are both out in the January/February 2015 issue of the magazine, which you can find digitally here. 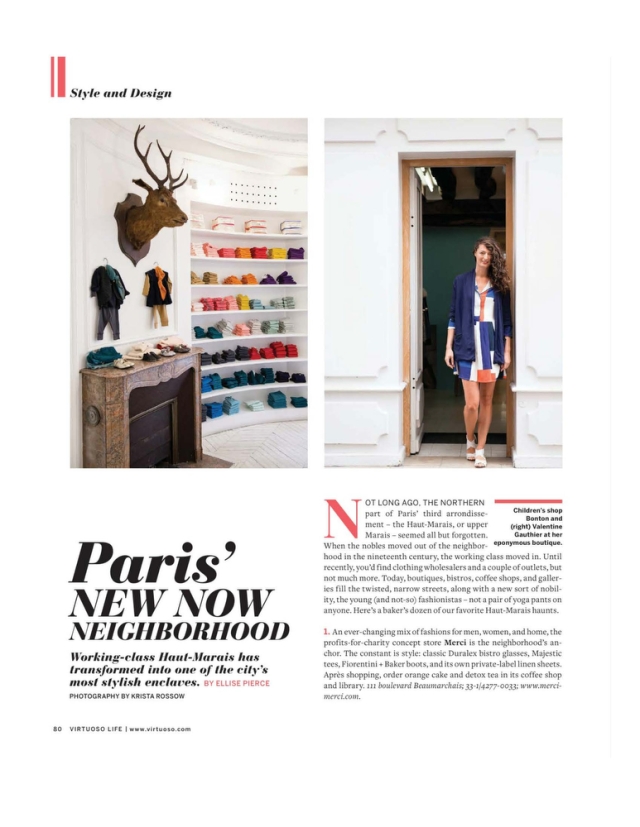 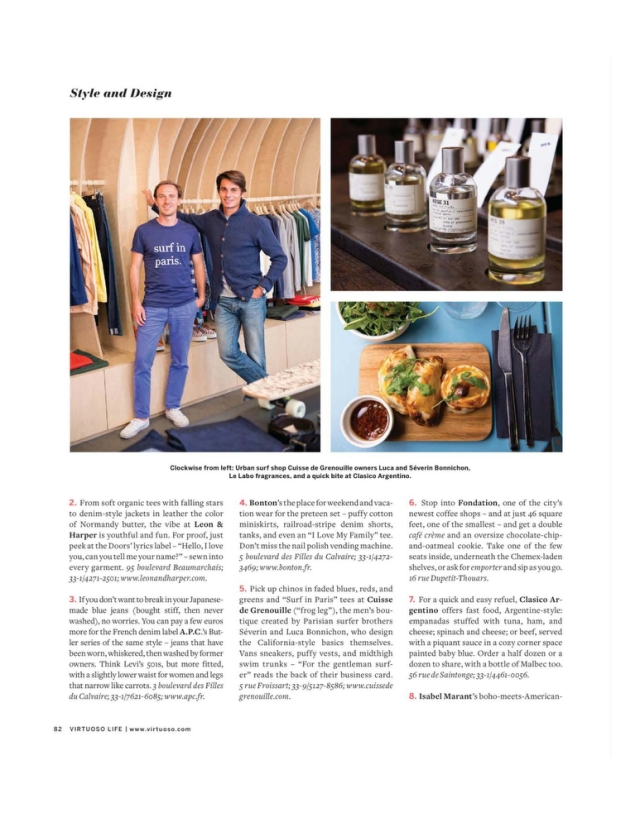 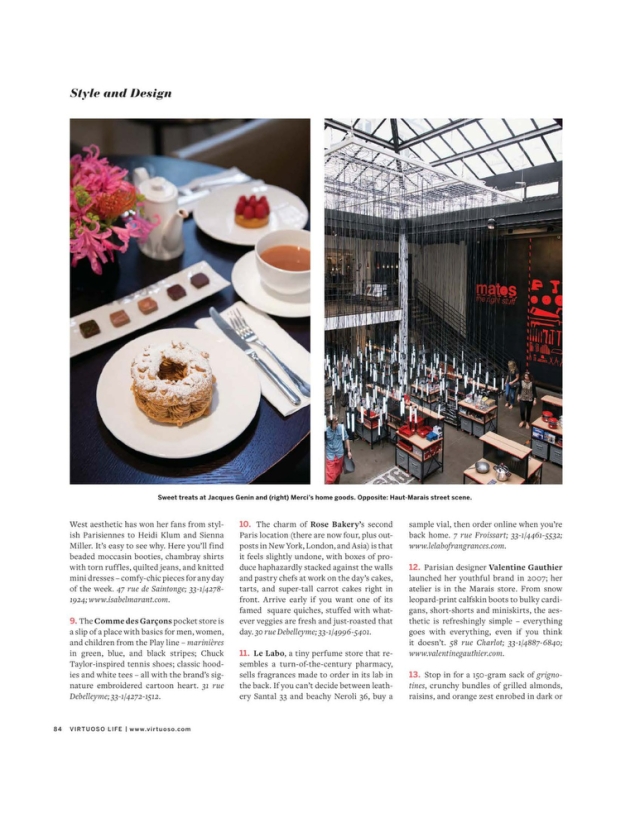 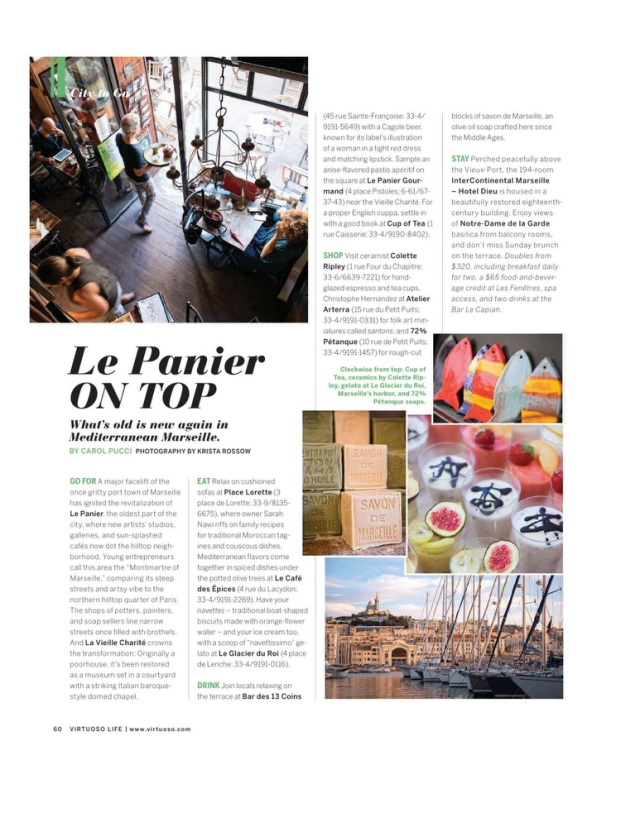